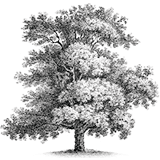 The 1970’s saw the first oil crisis and the resignation in 1973 of President Nixon following the Watergate scandal, and in Ireland, the introduction of decimal currency.

Floppy disks for computers were introduced in 1970, and a year later video recorders were launched; the Walkman first appeared in 1979. Mark Spitz dominated the 1972 Munich Olympics with seven swimming golds, but the event was marred by terrorist attacks.

In Ireland, Dana won the Eurovision song contest in 1970, with ‘All Kinds of Everything’, while Ryan’s Daughter brought international attention to Kerry.

In 1970, CJ Haughey and Neil Blaney were dismissed from government for allegedly planning to import arms. The charges were dismissed.

Three of the Miami Show Band were shot dead at the roadside near Newry in July 1975. In October of that year, Tiede Herrema was kidnapped in Limerick, and traced to a house in Monasterevin, Kildare. After a two week siege he was released unharmed.

Patrick Hillery was inaugurated as President of Ireland in 1976. Also in 1976, explorer Tim Severin set out from Dingle to retrace the Brendan Voyage.